10% off your first order

You like rare and precious products, we will communicate you our novelties and our most beautiful finds. Welcome to the tribe

You like rare and precious products, we will communicate you our novelties and our most beautiful finds.

In the heart of the mountainous Atlas region of Morocco, Berber shepherds raise small flocks of sheep in the open air. Upon the arrival of the first heat, the shearing of their thick winter wool coats takes place. Indeed, once winter is over, their wool bothers them and affects their well-being. Shearing is practiced traditionally using shears.

The natural wool is then washed by hand at the river and then put to dry in the sun. Then the wool is carded, combed and squared by hand to unknot and air out the fibres getting rid of all impurities. This gives the wool a smooth and regular aspect. Berber women then take their drop spindle to spin the wool by hand, pinching the fibres with just the right pressure between their fingers to get a regular sized thread. This is a meticulous task requiring a lot of patience. Once the fibre has been spun, the wool shows its natural colour: ecru, grey, brown or black, and the dyeing can start. 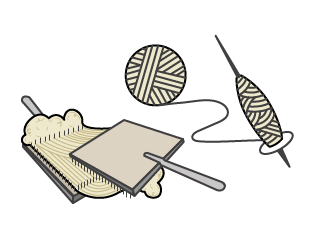 The wool is then boiled in large containers containing a solution of water and plants. Each plant mixture gives a specific colour. During half an hour, a stick is used to stir the wool, and then it is put out to dry in front of the houses of the weavers. Two to three days later, the wool is ready for weaving.

The weavers proceed to warp the loom with the wool. First, the thread has to be put around two pickets. The distance that separates the pickets determines the dimension of the carpet. This operation requires the work of three women: two for each picket and a third to wrap the thread around the pickets. This results in a horizontal warp. This warp is then placed on the loom which is returned to obtain the vertical warp that will serve as the base of the carpet. This set up gives us the warp on the loom: the structure is ready to welcome the threads that have already been cut to size. 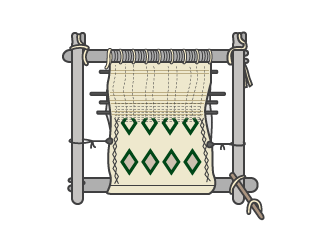 A carpet is composed of a wool warp and knots, the Berber knot is special. Knotting is done at a very fast pace and each wool carpet requires several weeks to create, in some cases even months, as every day one to two centimetres are added to the carpet. Once finished, the carpet is washed several times and dried in the sun. The density of the knots, the motifs and symbols, the colours and the format of each carpet reveal the traditions of each tribe.

Berber women make the carpets at home, following an ancestral and artisanal craft and are made in an eco-friendly manner which respects the environment. The creation of each carpet is an eco-responsible activity: it constitutes the principal source of revenue for the families from the high plateau of the Atlas Mountains. A know-how that is transmitted from generation to generation. The weavers are also able to replicate models for custom requests, which can often lead them to weave by taking a predefined pattern or in collaboration with designers who create custom Berber carpets.